PG approached Education Runway for funding of the training for these 30 women. The pre-school is particularly important because children learn more quickly at a young age and so will be introduced to a more participative form of education, contrary to the more traditional education system where the focus is on constant listening and simple repetition of content. Encouraging children to participate and actively educating them helps to improve their school results and their self-confidence. This in turn helps children and adolescents to develop their learning and to shape their own future. Eventually the pre-school will need to be transfered to “government approved education”.

Due to the vast success of these projects, the local governement decided to take care of the projects and their funding themselves. Education Runway is investiging possible new projects in Ghana in 2017.’

In October 2018, Joost paid a visit to Tamale, Ghana to visit the students Mariam and Falida and to visits the schools where they were doing their apprenticeships. At the same time, it was good to discuss the future plans of Education Runway in Ghana with our contact persons of CPYWD (Community Partnership for Young Women Development)Yakubu Iddrisu and Osman Issifu. Both are volunteers and the organization totally depending on gifts.

Falilatu Ziblim and Mariam Pumaya Yussif (who both started their education to become primary school teachers in september 2017) graduated in the Summer of 2019 and both are teaching in the Tamala region. Falida started in september 2019 and Mariam as per January 2020.

We are happy that we can support 3 new students for a 2-year or 3- year education. Hopefully as of the middle of 2022 they will be ready to be teaching in class.

We recently received a new set of pictures of the students while at the campus of their teacher training college.

Foundation Education Runway financially supports students to become teachers in Malawi. Between 2012 and 2014 Education Runway paid for the 2 ½ year education of Mary Madise at the DAPP Teacher Training College in Blantyre. Mary is a born Malawian who joined the order of the “Sisters of Our Lady” in 2010. In the Summer of 2014 she graduated after finalizing her apprenticeships and after she had worked for a number of years as homework-coach at the “Jacaranda Children’s Home” an orphanage in Blantyre. Until 2018 Mary worked as a teacher in a primary school in Bangula in the south of Malawi until she went back for a 4-year University education Special Needs and English. 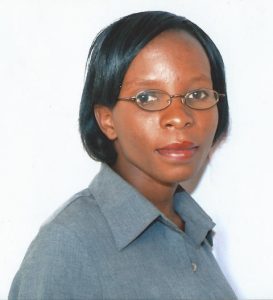 In June 2017 Agnes Foley graduated as primaryschool teacher from the Emmanuel Teacher Training College in Lilongwe and as per 1 January 2018 she has a job in a primary school in the Nkhotakota District in Central Malawi.

How much do you need to pay for an education?

You will be surprised at the costs and the fact that with few financial means we can
achieve a lot. Foundation Education Runway pays for the entire study, including lodging, transportation and insurance for the amount of some MKW 1.200.000 which equals some € 1.300. In August 2019 Education Runway paid a visit to the students, the alumni and our contact people in Malawi as you may see in the above picture. With a bit of delay due to the COVID-19 pandemic, Dan Peter Dunga graduated in December 2020 and as of March 2021 he is teaching in a temporary job awaiting a final government posting. As soon as we have news on this we will report this.

We are very happy to report that Gift Foley has passed
the admission exam for the Kasungu Teacher Training
college in Blantyre at which he started as per March 1st,
2021.Gift already lost both of his parents at a very young age and grew up at the Jacaranda Orphanage. After
following elementary school, he successfully passed the
secondary school and now would like to become a
teacher, like his siter Agnes who was supported by
Education Runway at an earlier stage. Gift will be
studying for a minimum of 3 years and hopefully he
could become a teacher in 2024.

Via the “Medical Mission Sisters” in Utrecht, Netherlands, Education Runway has been supporting young people form the Ang’iya Village in Kenya since 2012. Between 2012 and 2014 Philip Osindo, Richard Otieno, Benta Oguta and Ohieng Odhiamo received their 2-year vocational training. And between 2014 and 2016 Pauline Wakoli, Calvince Opiyo, Lawrence Achieng and Bernard Omondi were all trained to become primary school teachers. All passed their exams well. Unfortunately, Bernard Omondi died of tuberculosis only weeks after his final exams. Bernard was the hope for his family and community. As of the school year 2016/17 Emelda Otieno and Odiwuor Oyier have started their 2-year training to become primary school teachers. They hope to be able to teach as of Summer 2018.

Emelda Otieno Otieno is a young Kenyan woman who lives in Migori in the
Southwest part of Kenya, near Lake Victoria. Migori is a town in the district of Nyanza and the capital of the district. Migori is situated 50 kms south of Kisii and 20 kms north of the Tanzanian border.The city counts 31.644 inhabitants. Emelda is half-orphan and is 22 years of age. She very much wishes to support her mother with the care of  her siblings. The ‘Goudenregenschool’ in Hilversum, Netherlands (http://www.goudenregenschool.nl) started a school-project in November 2016 to raise money to pay for Emelda’s education. The theme of this fundraising project was: “Will Emelda become a teacher in Kenya?”.

Odiwuor Oyiera is young man of 21 years of age from a very small community northwest of Migori, where Emelda lives. Odiwuor too started in September 2016 with his 2-year training to become primary school teacher. It would be grand if we could find a Dutch school acting as sponsor for him as well! Next to these two students we have decided also to support the studies of Sister Goudencia Wanyonyi in 2016. Sr. Gaudencia has been our local Kenyan contact person for many years and takes care of all communication between the students and Education Runway. We are very grateful for her help.

Due to the fact that children at the Goudenregenschool were so successful raising money for Emelda, the schoolboard decided to sponsor Education Runway for yet another year and now the kids are all saving money for Odiwuor, who in short, we call ‘Odi’. At the Christmas auction in December 2017, the children and their parents raised € 725! A wonderful success!

Unfortunately, we never received a picture of Octovine.

As per January 2020 Education runway supports 2 new students; Quinter Achieng (2-year education) and Jackline Adhiambo (3 years). Due to COVID-19 the schools closed for quite a while but as of Spring 2021 programs are began.

During their holidays in Ethiopia in 2014, Evelyn and Joost met with 2 young men, Yohanes and Muluye. Both are working as tour-guides after they were able to study with grants from Dutch families. Because they received this chance – unlike many in their country who do not get chances like these- they decided to set up a school in their hometown of Lalibela aiming to improve the level of education. The name of their school is Merci Lal School.

In June 2017 both Erimyas Yilma (24) and Asefu Getu (26) graduated after their 3-year college education. Erimyas is now teaching English while Asefu is teaching Mathematics in Lalibela. As of schoolyear 2017/18 we are happy to support 2 new students.

Asmamaw Abate (m) has started his education Physics at Dessie College of Teachers Training in the Province Wollo.We hope will be doing great in the next 3 years to come and we will monitor them closely.

Erimias taught English as of 2017 and started a University education as of 2019 to lift the level English education to a higher level.

New student Desale Mekuriaw!
As of Spring 2021 a new candidate reported with the wish to become a student. His name is Desale Mekuriaw, is 25 years of age and student Mathematics at the Mekelle University. In 2019/2020 (pre- Corona) he finished his first year with very high grades and now is looking for financial support to enter his second year. According to our contact person Muluye he is a real TOP candidate. Desale and his family live in a rural area close to Lalibela. Here you can download a letter from Desale in which you can read that both his parents passed away and he was raised by his grandparents. He has a minimum of two and half years study ahead and if everything works out alright, he could be teaching in class as of 2023. With all pleasure we are supporting him!

As of September 2012 Education Runway is comitted to the funding of the training of Prossy Namuwonge, a 21-year old Ugandese woman at a teachers training college. Prossy has been admitted to follow this education at the Kabukunge Primary Teachers’ College in the Masaka District in Central Uganda. The capital city of Kampala is also situated in Central Unganda, however Masaka can be considered more rural. Whenever Prossy is not at school she spends most of her time with her parents and 12 siblings in her home village Kasensero in Rakai District, south of Kampala. 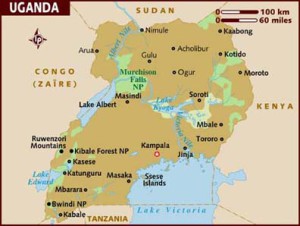